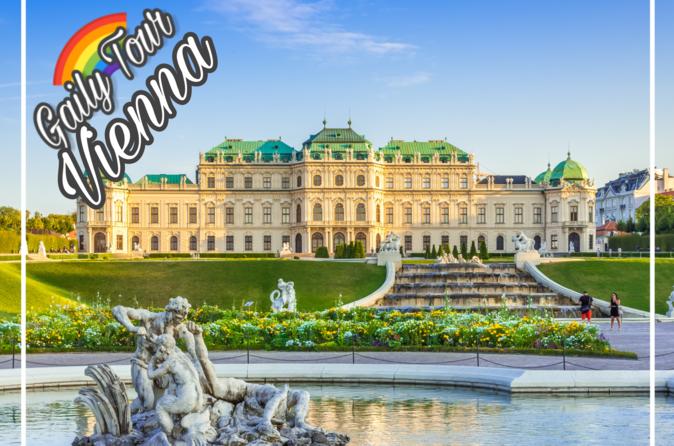 
Let’s start you amazing Gay tour of Vienna together with our Gay/Lesbian Guide, from famous Karlsplatz with the imposing Karlskirche, passing by the Technical University and reaching Kettenbrückengasse 6, the death place of composer Franz Schubert, who died of Syphilis supposedly caused by the only sexual experience Schubert ever had with a woman, although during his life he concentrated his desires on male partners. For more than two years he shared his studio and his bed with the well-known homosexual librettist Johann Baptist Mayerhofer. Explore the house where Schubert died. The exhibits document the last weeks of his life, Schubert's death, the funeral, and the grave of the composer just near Beethoven's last resting place in what was then the Währing local cemetery. Then continue to the Naschmarkt, the center of today’s gay life, where you will taste some local specialities from one of the many local stands. After passing through the Museumsquartier and the Volksgarten, you will reach the so-called “Theseustempel” built in 1820 by Antonio Canova. Here, in front of the temple, the bronze sculpture “The Winner” was created by Josef Müllner and destined to be one of the “gay monuments” of the city.
Included:
* Gay or Lesbian Tour Guide for City Tour (3 hours)
* Entrance Fee – Schubert Sterbewohnung (Opened on Wednesdays and Thursdays)