Private Tour of Melk Hallstatt and Salzburg from Vienna 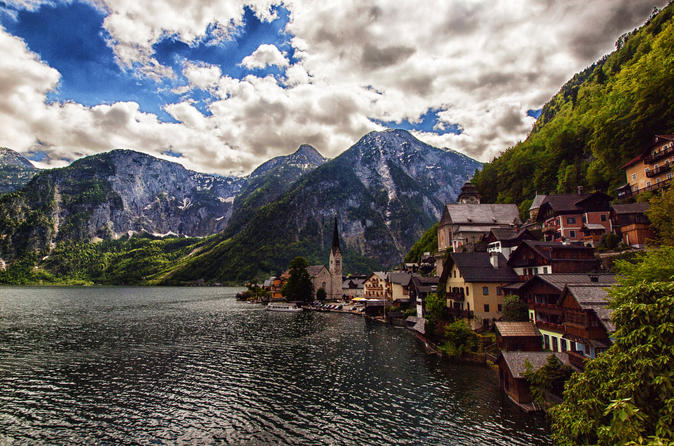 Private tour of Melk, Hallstatt and Salzburg from Vienna

We will take you on a private ride to the West of Austria to the famous lake district. With a first stop at a Benedictine abbey above the town of Melk, Lower Austria, which is on a rocky outcrop overlooking the Danube river, adjoining the Wachau valley.The abbey contains the tomb of Saint Coloman of Stockerau and the remains of several members of the House of Babenberg, Austria's first ruling dynasty. Your driver will take you to the top of Abbey where you will have a great view of the town Melk, nearby gardens and the famous abbey.
We will then continue further into the Lake district and drive through beautiful towns like Bad Ischl and take a stop in the picturesque village of Hallstatt which is known for its production of salt, dating back to prehistoric times, and gave its name to the Hallstatt culture, a culture often linked to Celtic, Proto-Celtic, and pre-Illyrian peoples in Early Iron Age Europe, c.800–450 BC.
After this remarkable visit we will continue to the town of music through other lake towns and visit the, birthplace of Wolfgang Amadeus Mozart - Salzburg, where you will get the oportunity to see the Fortress,Getreidegasse, Mozarts Birthplace and famous shopping streets, after a memorable day we will take the motorway back to Vienna/or you can stay in Salzburg, depending on your plans/

Private tour of Melk, Hallstatt and Salzburg from Vienna